SP packs (Sundry Packs) were sent out once or twice a month to the field they also had cigarettes and candy in them. Sgt. Bills the FO Sgt and I use to make out since we were the only ones in HQ that smoked Camels. Other than that my memory fades as to their origin the just seemed to appear on the supply tracks or choppers.
Keith

“Hogpen”! I think that about says it for me.
okie/hogpen

One time at Cua Viet I was standing on a track when the Colonel landed and told our Lt. to “have that man get a haircut” pointing at me (we were out in the field). So I said “not many barber shops around here. Then we went back to Cua Viet, and I went to the barber shop because the Lt. said for me to, but they would not cut my hair because it was filthy. So I went back to the Lt. and told him they wouldn’t cut my hair because it was filthy. So he told me to “take a shower and wash my hair and then go get the hair cut”. So I took a shower and went back to the Navy barber so then he cut my hair, even though I had my M16 with me (but I just laid it against the wall).
Bob Taylor

You’re probably right. It smelled like seventy. One day working outside Cua Viet, we were looking really bad. One tank with a blown engine, another with mine damage and some higher higher came down in a chopper and started giving shit to Perrino and Sgt D. D had the type of beard that if he didn’t shave for a few days made him look like he was growing a Goatee. I kind of thought he looked like Mitch Miller. Anyway, work got back to the illustreous Capt. Smith and we were ordered to shave. We each got a steel pot full of water and a pound of C-4 to heat it with. I still think it was the most expensive shave I ever had. About a month later the same brass was passing out bronze stars to our platoon. John Sharpe

Ya see, if you guys wouldn’t have shaved, you never would have gotten your war hero medals. You oughta be grateful to those brass hats for providing the proper motivation to shave so that you would be ready to do your duty of killing commies when the time came. My goodness gracious, you couldn’t be expected to hose the little buggers down with your machine guns if you needed a shave, now would you? 🙂 Jim Good

Boy SP were a big Deal. One box for ten men. 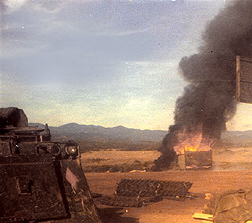 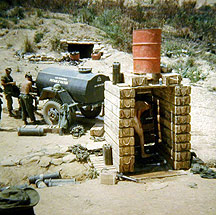 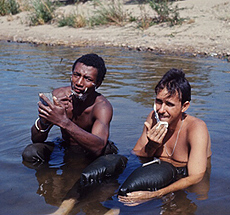 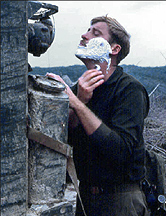 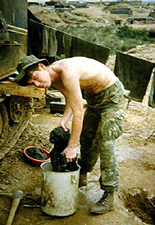 Once I remember getting Juju Bees and lost two fillings from my teeth. Merle and the guys on 28 always got the chewing tobacco.
My sister send me a care package from home. Deierling said, “Your sister is really on top of things we get in Nam.” As I put a box of Chiclets Chewing Gum and Life Savers into an almost full Duster 40mm ammo box with the other Live Savers and Chewing gum. It was always good trading material with the gooks or stuff to throw to the kids, when we were passing through Quang Tri.
John
P.S. Try to remember the 12 selections in a box of C’s or the 6? LRRP selections. I remember the LRRP rations were things like chicken catchetoire? You poured a canteen cup of water into the plastic bag and kneaded it for about five minutes. Took one look at it. Lost your appetite and threw it away.