The snake was 17 feet long!

First let me say that I was on the patrol with Freyler, when he got the constrictor/ python or whatever. I was given a mission to go out west of Nancy I think, to the foothills, cordon up the platoon and take a squad of infantry out and patrol on foot to see what we could find. After humping in a few steps, there were nine or so of us and a Chu Hoi, Freyler, on point, opened up. I crawled to his position to find him saying I got it, etc, and then see him get up and run into the bush and grab the snake by the tail. The damn thing had gone under him and the head came out of a hole behind him and bit him in the foot if I remember right. Was it 17 feet long, or shot 17 times or both. Made the Stars and Stripes 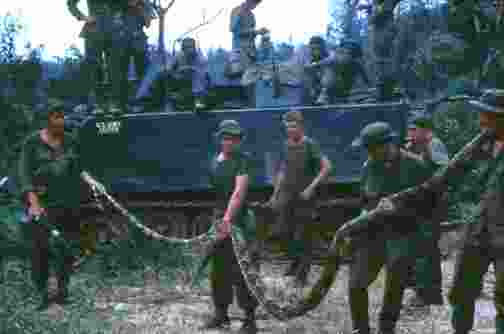